As Biden Pushes Founders’ America to the Brink, Americans Must ‘Revisit the Original Plan’ 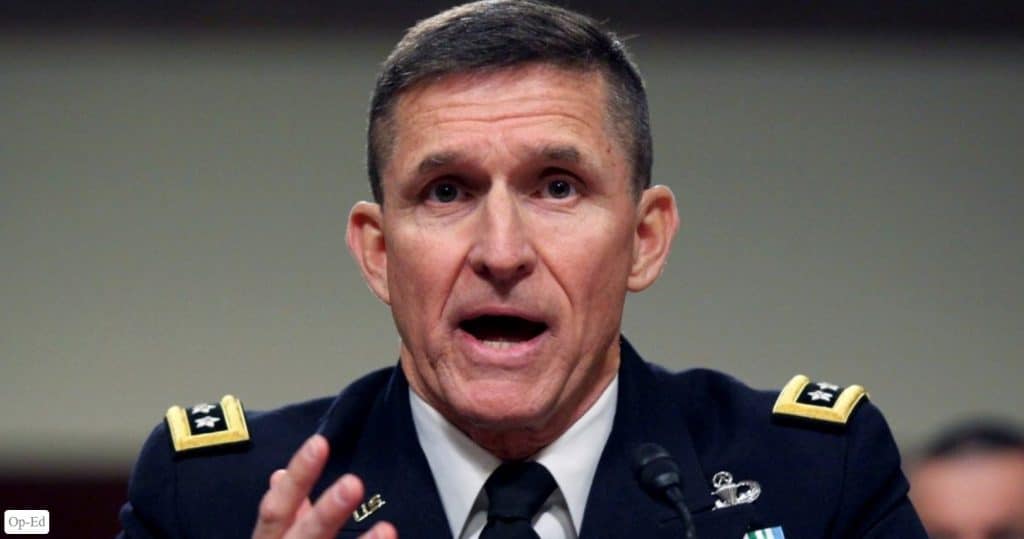 James Madison, hailed as the father of our Constitution, is probably turning over in his grave given the shredding of our God-given constitutional values and principles upon which we were founded.

Madison recognized that since concentrating power leads to tyranny, dividing government power was essential for the preservation of liberty. He will never be accused of being short-sighted about the threats government would pose to the people.

Madison and others set out deliberately to design a form of government that would limit abuses and withstand the test of time. America now faces that test, and the central question that has emerged is: Will we pass the test, or will we fall into the abyss of history as other nation-states have done?

Along with other framers of our nation’s Constitution, Madison argued for dividing federal power among the three branches of our government — legislative, executive, and judicial. These should be studied and clearly understood by every American schoolchild from an early age, but to our nation’s and our children’s detriment, they are not.

And what is even less understood is why the Founders adopted a structure that they knew would result in conflict among the branches. In truth, the constitutional structure was designed not to enhance the efficiency of the government but to impede the exercise of raw governmental power and to protect the liberty of the people.

Separation of powers is not a flaw in our system of government, as many demanding changes increasingly assert. It is purposely designed to protect our constitutional republic from the tyranny of a few — tyranny that today is knocking down the door of America.

Contrast the original design chosen by our framers with the intemperate statements of President Biden, who demands Congress yield to his will on matters such as gun control, under the threat that he will usurp the role of Congress by signing executive orders.

Consider the effect of the Democrats’ dangerous threat to pack the Supreme Court if it does not bow to President Biden’s broad claims to executive authority in violation of the separation of powers. Explain why 20 of our 50 Republican senators voted to confirm Merrick Garland as attorney general — under whose leadership the Department of Justice just conducted an early-morning raid on the law office and apartment of President Trump’s former lawyer, Rudy Giuliani.

To fully appreciate how dangerous these recent developments are, only three months into the Biden administration, Americans must now revisit the original plan.

In 1788, Madison penned Federalist No. 51 to persuade the people of New York to ratify the Constitution. He explained the rationale for dividing federal power among three branches of government as “contriving the interior structure of the government” so that “its several constituent parts may, by their mutual relations, be the means of keeping each other in their proper places.”

All said, having three branches place checks and balances on each other to prevent an out-of-control government keeps imperfect humans from gaining too much power.

Again, the ideas of Madison were intentional in order to select persons to serve in each branch of government in a manner that would prevent one branch from controlling the other. Our Constitution was designed so that each branch would be able to operate within its sphere independently from the other branches.

And it was structured so that each branch would have “the necessary constitutional means and personal motives to resist encroachments of the others.”

“Ambition must be made to counteract ambition,” Madison wrote. God knows we have seriously ambitious politicians now “serving” who are hungry for even more power for themselves — but so far, the Democrats in Congress are embracing the far-left Biden/Harris/AOC agenda lock, stock and barrel.

Madison considered this separation as not some mere preference but instead absolutely “essential to the preservation of liberty.” As a student of history, Madison fully expected that the government he helped create would eventually become abusive of its citizens. He wrote that the separation of powers was “necessary to control the abuses of government” because government was no more than an assembly of sinful men (and women).

He asked, “[W]hat is government itself, but the greatest of all reflections on human nature?” Then he penned his famous line: “If men were angels, no government would be necessary.”

So, Madison grounded the need to separate powers in the very nature of man. His is a distinctly biblical view of man, which makes clear we have all been born with original sin. “For all have sinned and come short of the glory of God.” (Romans 3:23).

Madison was a practical, God-fearing man and a realist — something we need more of today — and he understood the fallen nature of those who would serve in government. The reality is that we have a government composed of sinful people exercising authority over a population of sinful people.

It will ever be thus, but effective checks on the government’s exercise of its power truly are “essential to the preservation of liberty.”

Where did the idea of “separation of powers” originate? The principle of separation of powers is attributed to the French political theorist Baron de Montesquieu.  The framers were well familiar with Montesquieu and his treatise “The Spirit of the Laws,” written decades earlier, in which he advocated dividing power among branches of government.

But where did Montesquieu find that concept? In Book I, Chapter I, of his “Spirit of the Laws” he confesses that God is our “creator and preserver.”  He explains that man “constantly violates the laws God has established,” as “he is subject to ignorance and error” and “falls subject to a thousand passions.”

Hence, he repeatedly refers to the need to “separate” and “balance” power — not to concentrate it.

Certainly, it is no coincidence that these functions are reflected in the three separate branches of our federal government. While the Lord God can fulfill these three roles perfectly, the same could not be said of any of his creation — at least since Adam and Eve were expelled from the Garden.

Because humans (men and women alike) are most certainly not angels, we must divide the various functions of government and not trust anyone in government with too much power. Whenever anyone branch of government tries to usurp the power entrusted to another, it is the duty of the other branches to resist.

Under the Constitution, the judiciary has the duty to decide cases based on lawless acts by the states, though the Supreme Court’s refusal to do so last year amid a contested election raised serious concerns.

Increasingly, that is the story of our federal government — usurpation and abdication.  None of the branches seems to want to perform its own function, but rather wants to exercise the power of another branch.

Where are our political or even our moral leaders? We the people are demanding answers from federal officeholders and will not be satisfied with your “politics as usual” answers any longer. We will not be satisfied because our nation faces a critical transition point in U.S. history, and your continued usurpation and abdication of your constitutional functions is unacceptable.

Whenever there is a failure of one of the branches to do its duty to defend its constitutional responsibilities (and these current failures of our government represent a clear and present danger to our republic) — the duty falls on We the People to remove those who have betrayed their trust and to restore constitutional order.

And We the People need to quit complaining about the politicians and instead vote them out, or better still, get involved intimately and directly in the constitutional republic that the eminent Benjamin Franklin warned us about keeping.

Sadly (or not, depending on your viewpoint), this is where America stands today.

Read our Constitution here and get involved!