Here’s How We Can End the Ukraine Crisis Today 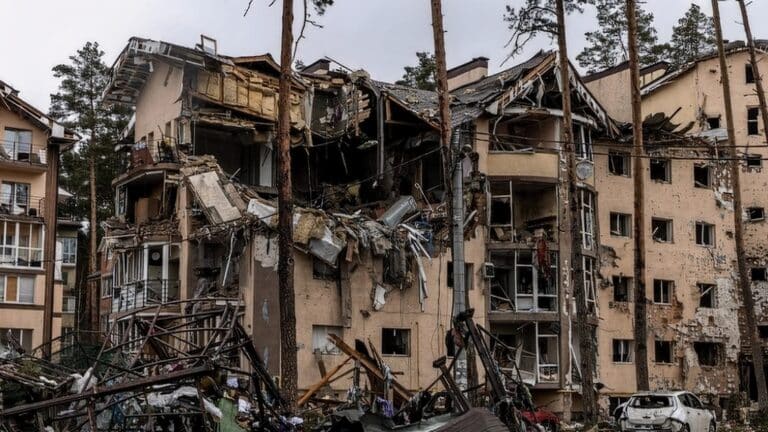 Everything is changing before our eyes. A war on our own soil is a very real possibility. Should this occur, what will you have done to try to prevent the war? Everyone talks problems; what we need right now is solutions.

Like many across America, I am troubled by the Ukraine debacle — a totally avoidable situation, as I have already stated in a prior Op-Ed.

Think back in recent history to October and examine the Biden administration’s visit to Ukraine. Never mind researching the 1939 European borders or understanding the results of America’s war to defeat Naziism.

While you’re at it, consider the history of the Budapest Agreement, three identical political agreements signed at a conference of the Organization for Security and Co-operation in Europe in Budapest, Hungary, on Dec. 5, 1994. It provided security assurances from its signatories related to the accession of Belarus, Kazakhstan and Ukraine to the Treaty on the Non-Proliferation of Nuclear Weapons. (Look it up — we are all in violation of it.)

And let’s stop with the hypothetical question of what former President Donald Trump would do in this situation. The reality is that this crisis did not occur during his administration because of a variety of factors. Topping the list is demonstrated and strong leadership, so stop with the backward-looking questions and start with where we are right now.

In this piece, I want to offer an option. There are many — most are not good, and all will come with compromise and cost. However, without these, the real advent of a nuclear standoff — or worse, a nuclear exchange — is on the horizon. We can no longer kid ourselves about this reality. We have allowed ourselves to get to this avoidable point in history.

Background: It was a horrible mistake that Russian President Vladimir Putin made. He overestimated his popularity. While it is true that in Crimea, Donetsk and Luhansk he has about 51 percent support, in my assessment, he expected that level of support across the entire country of Ukraine. Clearly, that support never materialized.

Now Putin needs a safe way out. Hundreds of thousands of lives are being destroyed every day this continues. Something must be done to stop the death and ruination on both sides. Russians are dying by the scores as well, causing Putin more problems if he can’t get it under control quickly. There is an old saying: Better to deal with the devil you know than the devil you don’t.

First, let’s try to understand Vladimir Putin. He is not crazy, as the propaganda media is trying to portray him as now. He is behaving as he always does. The best example of Putin’s personality is the story of New England Patriots owner Robert Kraft and his Super Bowl ring.

If you aren’t aware of the story, here goes: In 2005, Kraft met Putin. He took off the ring to show it to Putin, Putin admired it, and Kraft held out his hand to take it back. Putin put the ring in his own pocket and walked out, essentially stealing it. The White House insisted that Kraft said it was a gift, but many years later he told the true story of the theft of his ring.

He also believed (wrongly) that Ukraine would at least moderately support the invasion. If Ukraine did not welcome the Russians as heroes, Putin believed they would at least be tolerated. He and his advisers and generals have miscalculated badly.

There is an option that would give Putin an out. This option needs to be thoroughly analyzed and discussed. It gets Putin what he wants, affords Ukraine a unique and long-term security opportunity, allows Europe and the world to take a deep breath, and can stop this madness along with the horrible killing taking place on both sides (and this may only be the beginning).

I believe the key to unlocking this crisis is the Budapest Agreement.

As smart readers will remember, when the Soviet Union broke up after decades of the now-distant Cold War, Ukraine had more nuclear weapons than China and was the third-biggest nuclear power in the world.

Among other critical issues, the Budapest Agreement stipulated that Ukraine would give up its nuclear weapons if both Russia and the U.S. agreed not to invade it. That is the basic agreement. Putin is in gross violation of this agreement, which affords the U.S. (and select European nations) the opportunity to enforce it. But this is only a starting point to a broader conversation about a peaceful solution.

Part One: Russia wants a neutral Ukraine. The Budapest Agreement can be considered an agreement of neutrality. Obviously, if Russia adheres to the agreement, then Ukraine doesn’t need to join NATO. And NATO can agree that having Ukraine join would be a violation of the Budapest accord. This is something that I believe Putin would seriously consider (and possibly accept), and it meets half of his demands. This gives him a way out without killing more people.

Part Two: Putin wants Ukraine to renounce any claim to Crimea. Ukraine should agree, with a major caveat.

Putin argues that Crimea was unlawfully given to Ukraine in the 1950s and, true or not, he wants it back. Well, Ukraine will never get Crimea back under any conditions without a major war. Most don’t realize it, but Putin is popular in Crimea and there is a strong attachment to Russia in the region, so it is a loss to Ukraine, but not a substantial loss. (That is the reality of global geopolitics.)

Part Three: Finally, Putin must emphasize that the targeting of civilians was against his orders and that he will help to rebuild some of Ukraine. He can claim that senior generals or other Russian defense officials failed to follow his orders and publicly fire them. (Maybe those fired will be allowed to come to the U.S. and work at a Washington, D.C., think tank). However, the provision may be described, it gives Putin the chance to call this insane war off.

In the end, America has always stood for self-determination and the right to choose one’s government. Whatever claim Putin may try to make on Ukraine, either based on reality or his own fiction, it will never outweigh the people’s right to a free and fair election for a government that represents them.

As another famous president said about a voting bloc in our country, what do you have to lose? I do think this would be agreeable to Putin if the alternative is brutal sanctions and a reputation as a pariah.

What I don’t know is whether Ukraine would be agreeable. I do believe that if Ukraine can forgo NATO, it should be given immediate consideration for European Union membership. Obviously, Crimea would be a bigger pill to swallow, but Ukraine isn’t getting it back anyway. Bite the bullet for the good of humanity and the reality that you stand to lose your entire nation or worse if the situation continues. Push for a large payment from Russia and it will likely give it.

On this latter note, which I’m certain will get the most attention, Russia will lose the money in any case, either to economy-crushing sanctions or in paying back Ukraine. Better the money goes to Ukraine than just disappears due to sanctions. Russia doesn’t lose too much, and Ukraine gains a lot.

This option is sound. I believe it would be acceptable to both sides, and it gives Putin an off-ramp, something he desperately needs.

The bigger problem is that our current administration is not strong enough to deal with Putin. He likely has other cards to play against us. Maybe this option is one the U.S. should stay away from and instead can be pushed by Prime Minister Boris Johnson in the U.K. or President Emmanuel Macron in France.

A final point to be highlighted regarding the Budapest Agreement is nuclear weapons on a sovereign nation’s soil. The accord encouraged certain countries to give up nuclear weapons. With other nations now contemplating joining the nuclear club (like it or not), one lesson in all of this is to never give up your nuclear weapons. If a nation-state cannot rely on other countries to honor its borders, possessing nuclear weapons acts as a guarantor of security.

Like all options, this one is worthy of consideration. As I asked above, what do we have to lose (except everything)?