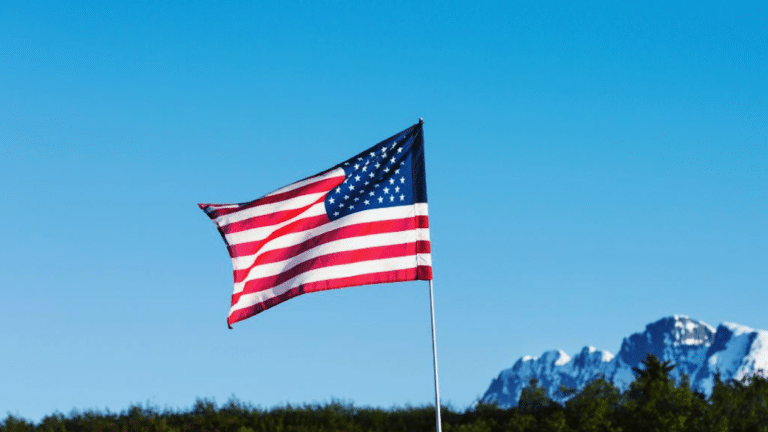 In today’s environment, we face a time of consequence like few throughout U.S. history. The very fabric and reputation of our nation internationally are at risk, and we have a dangerously mounting threat internally from a formidable and vast, overreaching federal government.

Considering this, it is worth reflecting on one of our best presidents, Abraham Lincoln. In 1838, Lincoln gave an address in Springfield, Illinois, and during the address he stated:

“Shall we expect some transatlantic military giant, to step the Ocean, and crush us at a blow? Never! All the armies of Europe, Asia and Africa combined, with all the treasure of the earth (our own excepted) in their military chest; with a Buonaparte for a commander, could not by force, take a drink from the Ohio, or make a track on the Blue Ridge, in a trial of a thousand years.

At what point then is the approach of danger to be expected? I answer, if it ever reaches us, it must spring up amongst us. It cannot come from abroad. If destruction be our lot, we must ourselves be its author and finisher. As a nation of freemen, we must live through all time, or die by suicide.”

Our nation faces perilous times due to the complacency of our citizens and the severe overreach of our government. But it has become very clear that the American people have awakened — the giant no longer sleeps.

We now must activate every single American who cares about this country, future generations of Americans, and the many thousands who preceded us who sacrificed everything for our freedom. Lincoln was right — we will be the authors of our demise if we do not decide to take immediate and necessary action.

In the course of human history, nation states and empires rose and fell. They did so because the people either succumbed to tyranny from without and from within, or they rose and responded to the challenges they faced.

America now faces the most consequential of times in all of U.S. history, and it is time to respond. Once again, we as a free democratic republic face a dramatic decision point. The decisions we must now make will impact future generations for centuries to come.

I have been saying “local action equals national impact” for quite some time now. This is an action phrase meant to cause you to think about how you, as an American citizen, must now actively participate in the fabric of our society.

There is an abundance of ways to achieve this, and you can start right at home in your own community. Get involved and take the time to learn about all aspects of the people and processes running your local government. The corruption in our federal, state and local governments runs deep. This does not mean everyone involved is corrupt, but as we have witnessed, from those elected to those bureaucrats in government service, there are many who are corrupt.

If we choose to live by the phrase “consent of the governed,” we must now choose to stand, speak up and live by those words. Those are action words meant to drive us to be the finisher of our existence instead of inviting those grim reapers who seek even more power and authority as well as our demise.

The cry I hear more and more often these days is, “What can I do to help?” You can help by cleaning up voter registration rolls, supporting local canvassing efforts, joining in to help a political campaign whose ideas you support, volunteering for the hundreds of positions still unfilled in your local community, speaking to people in your church or other local community organizations — all of these are actions you can take. Otherwise, we stand to lose our rights and freedoms.

Our Declaration of Independence is just that — a declaration of why we do what we do. We are independent and not governed by a monarch or a dictator or an overreaching federal government (not yet!). We assume the “powers of the earth, the separate and equal station to which the Laws of Nature and of Nature’s God entitle us.”

With these powers come responsibility and accountability. Our destiny as a nation will be guided by the actions, we now choose from this day forward. These will be what dictate whether we continue as a functioning and independent people and constitutional republic where consent of the governed remains paramount. The charge is to get involved.

Lastly, VOTE! Vote for freedom, vote for America, but VOTE! We need to overwhelm the opposition that represents a rapid slide toward socialism and worse.

Although this overreaching administration should be expected to come up with other distractions in the coming days, weeks and months, do not be distracted. Instead, stay focused on the prize that is America. “One nation under God, indivisible, with liberty and justice for all.”