My Heart Is Broken by Biden’s Afghanistan Failure 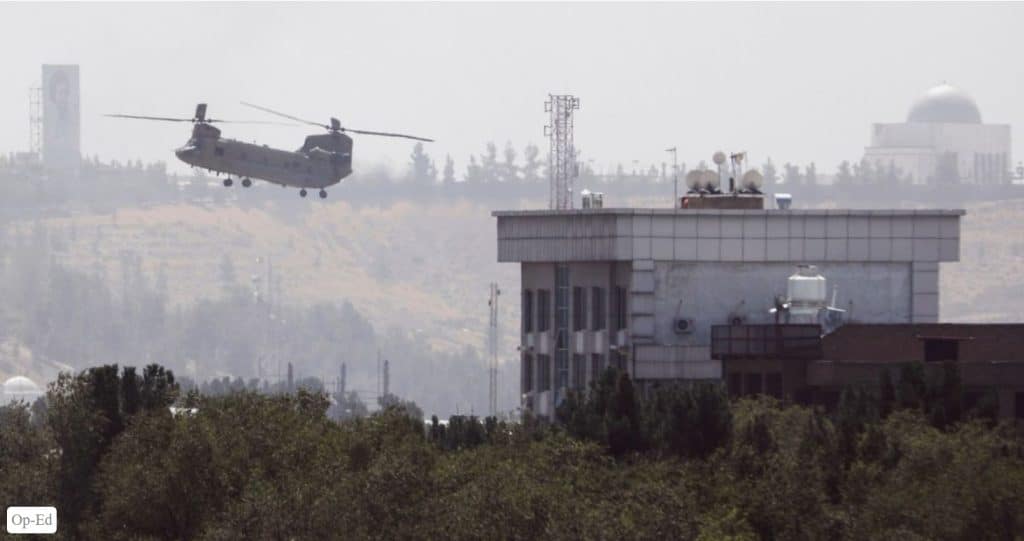 My heart breaks as I see the Afghan people flood the Kabul airport in the hope of escaping the Taliban. President Biden’s assurances — supposedly based on what he was told by his intelligence community — that the Afghan Armed Forces were fully able to defeat the Taliban proved to be colossally wrong.

Americans want to know whether President Biden and Defense Secretary Austin’s military-wide “stand-down” order to root out insufficiently woke “extremists” in the armed forces has caused our Defense Department to ignore what is unfolding in Afghanistan, as well as other real threats to our nation.

After Afghanistan, I believe we can no longer rely on neocon senior military leaders, talking heads and politicians. We have allowed military and civilian lawyers (read: rules of engagement restrictions) to become all-powerful, and many of our generals have been so indecisive and risk-averse that they are acting as little more than career-seeking politicians.

We have been trained at participating in wars but untrained at winning wars since WWII. Afghanistan is a tragic situation, much like the Kurds in Iraq, but at least President Trump drove up our respect internationally, which proves that being tough and smart is better than being tough and stupid.

Today I don’t believe America is respected the way we were only a few short months ago. More countries visit China these days than come to the U.S., and China is prepped to recognize the Taliban once they declare the Islamic State — if only to embarrass us.

Seeing our defeat, my sense is Taiwan is having some incredibly uncomfortable internal discussions — as are a lot of U.S. allies in Europe. I also believe China is doing a lot of wargaming of costs and benefits with respect to future moves in the South China Sea and Europe.

America is now in a fully engaged information war. Soon it may be worse. I pray our senior military leadership is intensely planning all options; the best plan offers the most options at the last possible moment.

Trust me, our enemies are not waiting. They plan and they don’t care about stupid mask policies or fake insurrection show trials. Our enemies will be working on the next three vulnerabilities we haven’t even thought about.

I believe Russia and China have a clear-eyed understanding of our corrupt political leadership that they and many other nations no longer respect or fear. America will come back soon, but it will come at a cost.

If the bureaucracy in Washington (e.g., the Defense Department, the State Department and the Intelligence Community) want to keep acting like utopian ideologues, we will lose. If they find their courage, the U.S.A. will win.

So, I say step up, stand up and straighten up your backbones: We the people demand far better from our leaders, and if there is a battle necessary to be fought, let’s start winning again.

The leadership with respect to our homeland is no better. President Biden announced to the world that our southern border was open to the world, and the world responded reasonably by invading. At the same time, his Attorney General Merrick Garland — confirmed with 20 “Republican” votes too — threatened to sue Texas over Gov. Abbott’s executive order seeking to regain control of illegal aliens spreading COVID-19.

While demonstrating weakness with our enemies, they become more ruthless with our people. I get the sense that there is no federal power that Biden-Harris will not abuse to suppress political opposition.

The latest alert from the Department of Homeland Security is just the latest in a long series of crimes against the nation that could threaten the bonds that hold our country together (and “Build Back Better” is now a joke).

Who will win in the conflict between the Biden administration and the people? I don’t know. But Biden-Harris should take a look at what is happening in Afghanistan for how quickly the political situation on the ground can change.

Once a critical mass of Americans realizes what is being done to it, the ruling class will begin to suffer defections. The FBI agents that today are willing to conduct early-morning raids may realize the kind of country they are helping create.

Change will be required by our military officials who today are turning away from ensuring military readiness to enforce socialist programs such as critical race theory instead of training and preparing to win our nation’s wars. They must realize that this is not what they signed up for.

And even the Americans who voted for Biden-Harris will realize that this team operates through deception and deceit.

Take heart. Look at Afghanistan. Things can change quickly. Keep the faith. Pray. Work. Speak truth to power. Fear not and never give up.

Remember the words of 2 Chronicles 20:15: “Thus says the Lord to you, ‘Do not be afraid and do not be dismayed at this great horde, for the battle is not yours but God’s.’” And when you’re done praying, stand up and serve your communities and our nation in different ways using the God-given talent and skills that each of you possesses.