Time for Governors to Take a Stand Against Biden 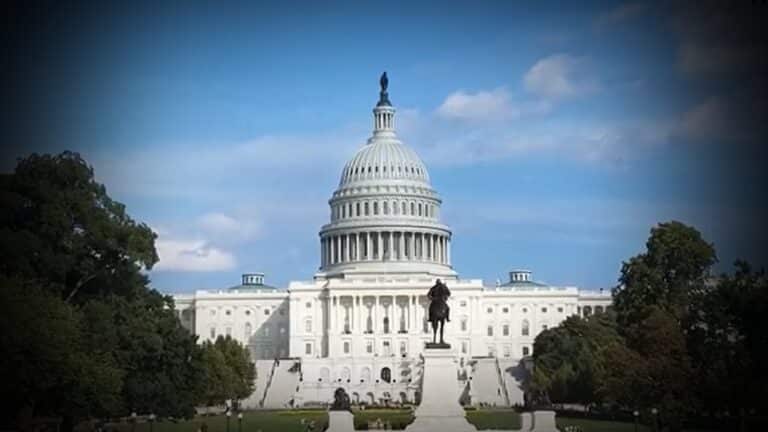 Last November, Secretary of Defense Lloyd Austin threatened National Guardsmen and reservists who refused the COVID-19 injection, declaring that they would not be eligible for federal training or pay.

Last week, the U.S. Army announced that roughly 40,000 National Guardsmen and 22,000 reservists will be prevented from reporting for duty for declining to receive the COVID-19 vaccine. Austin’s decision cuts off pay and benefits to the combined 62,000 troops and blocks them from active service and even training.

This is complete anathema to the “total force” concept. Without the National Guard and our reserve military forces, we are incomplete as a fighting force.

The Western Journal reported that “1,148 active-duty soldiers have been fired from the service over the vax mandate. But that number is sure to balloon to tens of thousands in the near future unless the vax mandate is canceled.”

The effort to halt pay and benefits to those in the military would be irresponsible at any time, but it is reckless and dangerous now, as it undermines our all-volunteer military and places our nation’s security in a perilous position.

If these servicemen and women do not want to be vaccinated, we should support them in that decision. The last thing we want to do is give young people more reasons not to enlist and serve — but that is the effect of the Biden policy.

The Army is already having severe difficulty recruiting. “The Reserves have only reached 73.6% of its recruiting goal in the 2021 fiscal year. The National Guard reached 80.6% of its 2021 goal and, so far, 48.1% of its 2022 goal,” according to the Washington Examiner.

The recruiting struggles have sparked fears of reinstating the military draft. Retired Lt. Gen. Thomas Spoehr of The Heritage Foundation recently told NBC News that “2022 is the year we question the sustainability of the all-volunteer force.”

There has been pushback. The threats of firing and cutting benefits to National Guard troops have sparked outrage among Republican leaders since the Defense Department first announced the mandate, and several governors promised to instruct their respective National Guard units to ignore the mandate — although it is not clear what that means.

Virginia Gov. Glenn Youngkin, joined by GOP Virginia Reps. Rob Wittman, Morgan Griffith, Ben Cline and Bob Good, sent a letter to Austin arguing that the mandate is “not consistent with the latest science” and “not in the best interest of Guard readiness.” The GOP leaders demanded that the Biden administration “indefinitely postpone” the mandate. Again, helpful, but asking the Biden administration to reconsider is more like a news release than a strategy.

Texas Rep. Chip Roy and seven GOP House co-sponsors have proposed the Service Restoration Act to reinstate any soldiers fired by the Biden administration. The effort is laudable, but even if Republicans retake Congress in November, they will not have enough votes to override the inevitable Biden veto.

There have also been efforts at litigation. In January, the GOP governors of Alaska and Texas sued the administration, attempting to block enforcement of the mandate. On June 24, a federal court denied the states’ motion for a preliminary injunction. The states have appealed. A similar lawsuit by Oklahoma met a similar fate last year. While lawsuits are useful, they are decided by federal judges who are loath to intervene in matters involving the military.

The one good sign is that a federal judge in Cincinnati certified a national class-action lawsuit against the U.S. Air Force and issued a temporary restraining order preventing the discharge or discipline of service members who requested religious exemption.

What should the response of red states be? Instead of fruitless appeals to a tone-deaf administration or uphill struggles in federal court, Republican governors and state legislatures should stand in the gap and reach into their own pockets to cover lost pay and benefits for the Guard and Reserve. In some states, this can come from so-called “rainy day funds.”

National Guardsmen are begging governors to fight back. In June, a group of Tennessee National Guardsmen delivered a petition to Gov. Bill Lee asking him to fight. “It is your duty before God and the citizens of the great state of Tennessee, sir, to help these men and women. Please stop them from being fired, sir!” the petition read.

Ricky Shelton, a National Guard captain from Grainger County spearheading the petition, said it well. “We were always taught to take an oath to defend our soldiers. And if their health is being affected and nobody’s stepping up for them, it is my duty to do that,” Shelton told the media. “And I will walk through hell with a can of gasoline in each hand … for my soldiers if I had to.”

Other voices around the nation are taking up the call. In a December letter, Republican South Carolina gubernatorial candidate Harrison Musselwhite demanded that Gov. Henry McMaster take a stronger stand:

“I respectfully request that you issue an executive order that bans the forced vaccination of enlisted, commissioned, active, or guard men and women … if they have a religious objection, or a conscientious objection to the COVID-19 vaccine. The threat of penalty that they will lose their status, pay, and/or livelihood is absolutely unreasonable. It does not matter if it fails in the courts. I respectfully request that you make a stand for the military service men and women who live and work in South Carolina.”

One local Republican Party official has proposed the best response.

Chris Null, chairman of the Salt Lake County GOP, sent a letter to Utah Gov. Spencer Cox urging him to fight back against the Biden order, even at the cost of federal funding: “Without your intervention, many Utah National Guard members will be discharged for noncompliance. As the Commander in Chief of the Utah National Guard, you have the responsibility to protect the rights, including the religious rights, of our Utah National Guard service members. Utah must retain authority over its own National Guard.”

As commanders in chief of state national guards, governors are morally obligated to pick up the slack from any reduced federal funding to protect the freedoms of those who put their lives on the line to protect our freedoms. Pro-liberty state legislatures should also use their ultimate power of the purse to ensure that the rights of our National Guard troops are protected.

The Biden administration has declared war on our troops and appeals to Biden to reverse course are public relations stunts. Litigation could be tried but is likely another waste of effort, as courts have generally refused to intervene in military matters.

It is time for the elected governors and state legislators to do what is already in their power. How this would be done is complicated, but they must stand in the gap and cover the costs of pay and benefits for our Guard troops. Someone needs to interpose to protect them from Biden’s assault. I predict that any state that took that step would have the support of the American people (vaccinated and unvaccinated).

All we need is one state governor, supported by one state legislature, to get the ball rolling. We need less talk and more action. If one state took the lead, other states would be shamed into joining the resistance.

Let your state officials know you want them to act to protect the Guard and Reserves and, just maybe, they will.