We Are in the Midst of a Fascist Power Grab 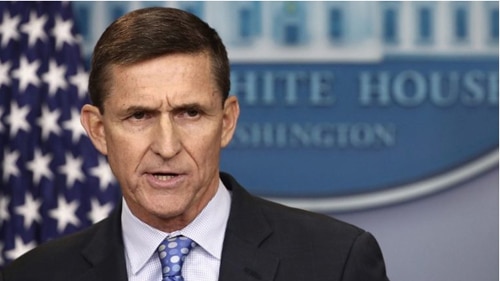 Yes, I am angry watching the events in Afghanistan unravel.

American “leaders” have reneged on American honor and dignity. Foreign policy is being dictated by our enemies. It’s unstated so far, but in my judgment, we’ve surrendered.

This is a complete and total disaster, and our enemies will shame us forever. The entire chain of command should immediately resign in disgrace. (And the president should step down: Clearly, he is incapable of making clearheaded decisions and placing the safety and security of American citizens as his highest priority — that is what a president is supposed to do!)

Those left behind will be enslaved, raped, pillaged, converted or brutally killed.

Globally, our foreign policy is in shambles, and our national security is thus at grave risk. Yes, our nation-state adversaries (China, Russia, Iran, North Korea) and non-nation-state actors (ISIS, al-Qaida and Hezbollah, to name a few) are rising and on the move. Like when a great white shark smells blood in the water, the time to attack is imminent. We had better be prepared!

Combine this statement with the litany of domestic failures and challenges: Gross increases in illegals entering our country; an election system that Americans no longer trust; an American electorate’s complete loss of faith in any federal institution (I mean zero); COVID confusion with all of our health freedoms at severe risk; a true health pandemic emanating from the illegal narcotic market where drug cartels are the “pharmacies” of the 21st century; human and child trafficking where sexual abuse has been “normalized.”

There are more: Religious liberties being undermined by weak-pulpit puppet-masters and God being almost universally removed from our Judeo-Christian society, assisted by our weak political class and even weaker religious “leaders”; an education system run at the school board-level by a thuggery of policies dictated by a federal system of bureaucrats who dare to question whether to allow the Pledge of Allegiance to start the day (thugs who we’ve elected by the way); and lastly the continuing efforts to defund the police in an era of dangerous and deadly rising crime rates.

And this is not an exhaustive list of threats.

Are we in a rapid-spiral decline, and is this the end of the American Dream? If we are and it is, I am foolishly wasting my time traveling around the nation telling people to wake up and stand up, and that the time is now to get involved in their communities.

I do not believe I am wasting my time. I firmly believe we have many options. The truth is, we still have options in Afghanistan just as we have options at every school board across the nation.

Our nation requires a new direction, a rebirth of our founding. When our founders created this beautiful experiment in democracy, they were able to create something new out of something that didn’t exist.

We still have our foundation, but now we’ve lost our way. Thus, we don’t have to find America; we’re standing on it.

What every American must now do is decide how they will act.

Many people ask me what they should do. My first response is to stop complaining. Whatever you think your talents are, whatever resources you have, whatever your personal situation is, if you sit and allow this moment in history to bypass you, you are complicit in helping America fail.

This is no longer about President Donald J. Trump; this is now about saving America from the failures of decades of an apathetic citizenry who have taken for granted our freedoms and privileges and a small but well-organized and well-funded far-left agenda of people attempting to take over America.

Yes, we are in the midst of a fascist power grab, but we the people still have options to consider. Get on your feet and do something about it!

May God bless and protect America.